Professional baseball coaches Brent Strom and Ralph Dickenson of the Houston Astros are coming back to Alaska.

This is your chance to receive 1-on-1 instruction from Major League Baseball coaches.

The eighth annual Professional Baseball Clinic is open to kids ages 9 to 18 of all skill level. The camp will be held one day in Wasilla on Nov. 10 at the Menard Memorial Center and three days in Anchorage on Nov. 10-12 at South Anchorage High School.

Learn proper technique and training methods from two coaches that have worked with hundreds of professional players since the 1990s.

Get your opportunity to work with the best. Register today.

This event is brought to you by the Alliance of Support of American Legion Baseball in Alaska.

Pitchers will work with Strom, who is in his fifth season as the chief pitching coach with the Astros.

He will emphasis mechanics, repetition, training and pitch development.

Dickenson will show hitters proper ways to attack the baseball. He will help create bat speed, talk about launch angles and the importance of balance. 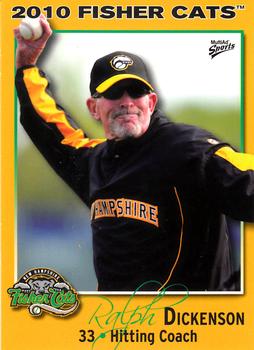 After winning the 1969 College World Series as a player at Arizona State, he played five years of minor league ball before becoming a coach.

He joined the MLB ranks in 1990 and worked with Seattle, Milwaukee, Montreal, Los Angeles, Texas, New York and Washington before going to Houston in 2014.

Players, coaches and parents are encouraged to attend. Next season starts now.